Established in 1954, ADI Compasso d’Oro Award is the oldest and most influential international design award. Arisen by a Gio Ponti’s idea, the award was organized for years by “La Rinascente” department store in order to pick out the value and quality of the Italian design products.

Later it was given to ADI that, since 1964, has managed its organization, ensuring its impartiality and integrity. The nearly three hundred products awarded in more than fifty years, along with the almost two thousand products selected with the Honorable Mention, are collected and kept in the Historical Collection of the Compasso d’Oro Award, whose management was given to ADI Foundation, created for this reason by ADI in 2001.

The Compasso d’Oro is awarded on the basis of a pre-selection made by ADI Permanent Observatory of Design, consisting of a commission of experts, designers, critics, historians, specialized journalists, ADI members or external to it, all continuously engaged in collecting information year after year, and in valuing and selecting the best products that may be published on the ADI Design Index.

With a step that has no precedent anywhere else in the world of international design, the Italian Cultural Heritage Ministry, Regional Office for Lombardy, with a Decree dated 22 April 2004, declared the Historical Collection of the Compasso d’Oro Award to be "of exceptional artistic and historical interest" and included it in Italy’s national heritage. 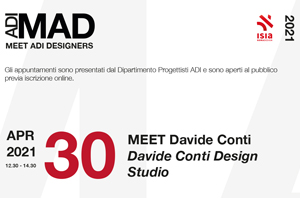 A cycle of online appointments promoted by the ADI Design Department opens on 9 April: until June the students of the ADI member universities will be […]
Do you like it?
Read more

During the press conference on Monday 3 February 2020, the ADI Design Museum Compasso d ‘Oro was presented to the public, which will gather in Milan, […]
Do you like it?
Read more 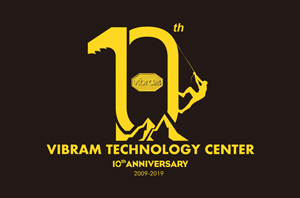 10 years of Vibram in China

On 9 April 2019 in Guangzhou, in Guandong province, Vibram will celebrate 10 years anniversary from the opening of its factory in China. Vibram is the […]
Do you like it?
Read more

Davide Conti at the Italian Design Day 2019 in Shanghai

The Italian Design Day (IDD), promoted by the Ministry of Foreign Affairs and the International Cooperation, in collaboration this year with ADI (Association for Industrial Design) […]
Do you like it?
Read more