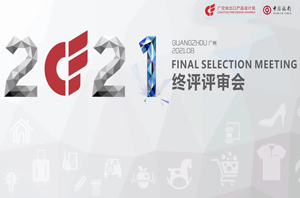 The final phase and the award ceremony of the Canton Fair Design Award 2021 will be held on 18 and 19 August 2021, which saw numerous Chinese and international designers participate and compete for the final prize. The international jury, also composed of Davide Conti, will meet to decree the winners in the coming days in Guangzhou, in Guangdong. The Canton Fair Design Awards (abbreviation CF Awards) has been held annually since 2013, and selects the best national and international projects that combine market value and design, to then present and launch them at the Canton Fair. The event will see the participation of numerous designers from all over China, local entrepreneurs, companies and media who will follow the entire ceremony.