84th anniversary of Shmidth in China 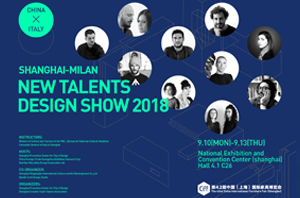 From 10 to 13 September 2018, during the 42nd edition of the China International Furniture Fair (CIFF), will be held the event; Shanghai-Milan new talents design show 2018, which will see 10 young designers from Milan and 10 young designers from Shanghai exhibit some of their best projects from the recent years. Exhibition will take place inside the National Exhibition and Convention Center in Shanghai, home to the fair itself, with the intention to bring together the two countries and the two cities, the young designers to start a dialogue, a bridge connecting two worlds, with the hope of finding more opportunities for exchange and collaboration for the present and the future of design between Italy and China. Davide Conti oversaw the selection of Milan designers, co-organizing the event together with the Shanghai Promotion Center for City of Design (SPCCD), the Shanghai young creative talents association and the Shanghai Waigaoqiao International Culture and Art Development Co.Ltd. The days at the fair will see the young designers alternating between various activities at the fair and also outside, between interviews, visits to companies, presentations in front of Chinese design entrepreneurs, authorities and professionals of the sector. Below is a list of the main activities and the names of the 20 participating designers.

Guest of the activity: 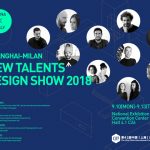 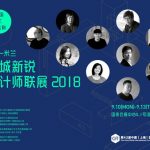