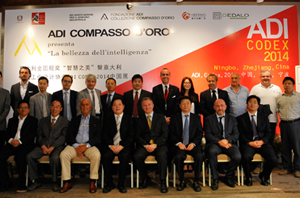 Some of the most significant event pictures of the opening day of the dual exibition by ADI in Ningbo . 150 people , largely made ​​up of authorities , professionals and companies. Some of participants :